Rewards play an important role in dealing with our canine companions. After all, dogs are happy to repeat things that they see as bringing them a benefit. The benefit is viewed as a reward for the behavior the dog has shown beforehand. This makes it easy to teach a dog something, but it is also equally easy to reward a dog unconsciously for something you don’t want.

What does a dog view as a reward?

There are different kinds of rewards, and there are also individual differences.

Treats: Treats are the first things most people think of, and rightly so. A tasty tidbit is an easy way to reward your dog at the right moment.  If you are training your dog to come when called, for example, you can give it a treat right away, close to you, when it comes to you.

A favorite toy: Holding the toy or briefly playing with it with you is an alternative to treats if the dog does not respond sufficiently or at all to food.

Attention: Attention in the form of stroking or a friendly voice is another kind of reward. Both can also be combined with the treat.

Eliminating an uncomfortable feeling: You’re out for a walk with your dog, but it isn’t paying much attention to you, and it runs too far ahead. In response, you hide. When your canine companion notices, it will feel nervous, which is fairly uncomfortable. As soon as it has found you, the feeling is gone, and it is happy. That’s its reward. This teaches it to keep better track of you while the two of you are out.

Something it would like at the moment: You go for a walk with your furry friend on the leash. He sees a playmate running along ahead and wants to go to it. But it isn’t supposed to just run off while you take off the leash. Instead, it needs to wait for permission. Have your dog sit next to you as you remove the leash, with it looking at you.  Only now do you give permission as a reward for waiting calmly and making eye contact.

When does a dog view something as a reward?

First, whatever you use as a reward has to be a highlight for your dog. If your dog thinks, “That’s nice, but I don’t necessarily have to have it,” it won’t work. Beyond that, the reward should be something that isn’t always available. If your canine companion receives treats for no reason, the toy you use as a reward is lying around at home, or if it receives excessive petting, cuddling, and “chatter,” it will lack motivation to do something to earn it. A reward also loses its value if it receives it for every little exercise it already knows how to do.

Luring: Let’s say your still “ignorant” puppy is supposed to learn to sit. Then you can hold a treat above its head in a position that prompts it to sit down, thereby luring it into the desired position at first. When it sits, it gets the treat.

Rewarding:  Your dog knows how to sit. You say “sit,” and it does. Only now do you get the treat out of your pocket.

Rewarding: Your dog knows how to sit, but doesn’t do it when you say so. Instead, it waits. You show it a treat, and then it sits. Now it’s clearly your dog who has trained you, not the other way around.

This can happen faster than you think! One typical scenario involves pulling on the leash. The dog pulls to a scent mark, and the human gives in and walks along with it. That makes arriving at the scent mark the reward for pulling. Or you might be sitting down at a meal, and your dog gets bored. It barks at you impatiently. You look at it and calm it down by stroking it or talking to it. That’s enough to be viewed as a reward for barking. Even just a look is often enough to be viewed as praise, or an angry “no.” In all of these cases, the dog has gotten what it wants: your attention.

Share:
Giving rescue dogs a sense of security What happens when a dog grows old? Important changes in your dog’s body

Tips for a relaxed encounter between dogs 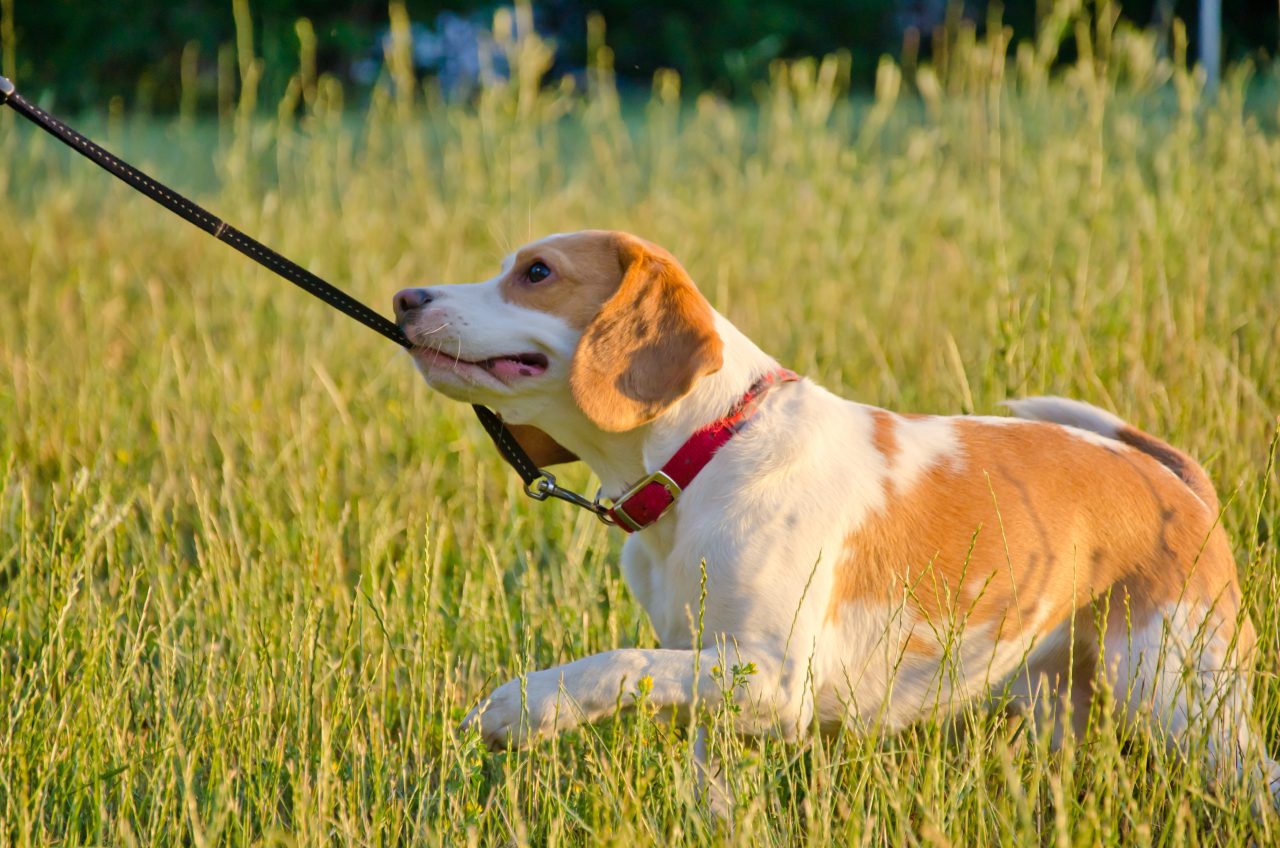 When your canine companion bites the leash